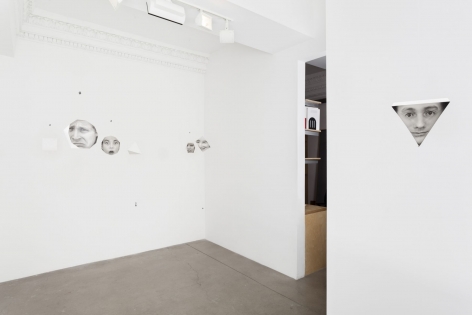 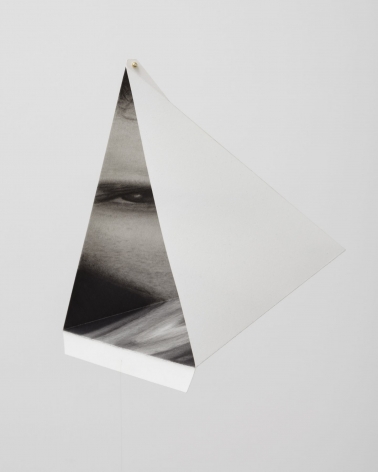 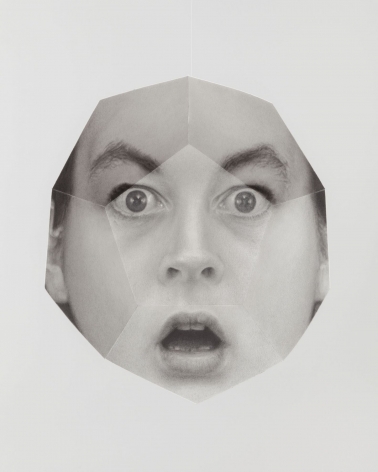 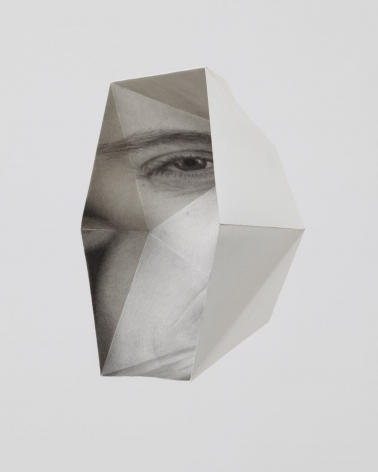 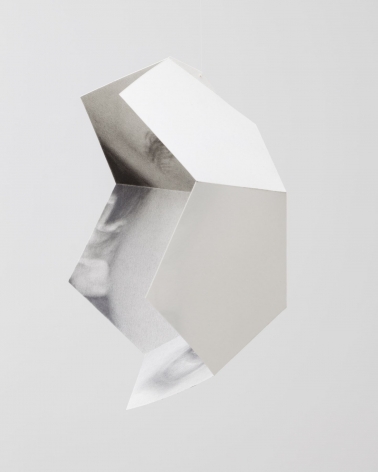 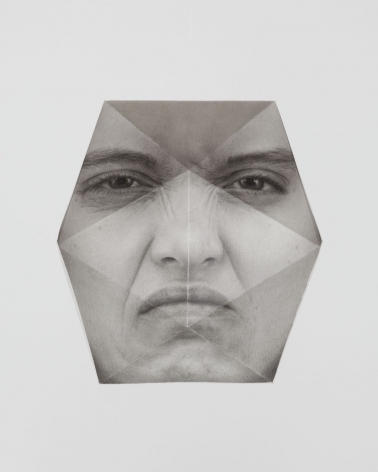 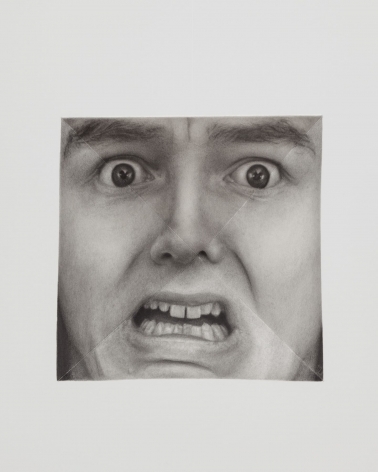 Eleven Rivington presents a solo project room exhibition by PA-based artist Hilary Berseth (born 1979), on view from December 11, 2014 – January 17, 2015, at 195 Chrystie Street.  This is the artist’s third solo exhibition with the gallery.  Berseth was recently included in Beyond Human at the Peabody Essex Museum, MA, and Wax: Sensation in Contemporary Sculpture at Kunsforeningen GL Strand, Copenhagen.  The exhibition comprises seven faces rendered onto geometric paper sculptures suspended from the ceiling at eye level.

Hilary Berseth continues his hybrid practice of drawing and sculpture with a series of seven works on paper.  Each piece is folded into the facets of one of five Platonic solids: tetrahedron, cube, octahedron, dodecahedron, and icosahedron.  On the surface of this geometry, a face has been drawn to scale in graphite.  The facial expressions correspond to the seven basic emotions: anger, fear, disgust/contempt, sadness, surprise, happiness, and neutral.  Two of the platonic solids, the tetrahedron and icosahedron, are repeated to complete the catalog of emotions.  The faces are based on images from the Karolinska Directed Emotional Faces (KDEF), a stimuli set of 4900 pictures of human facial expressions used for psychological research on perception, attention, emotion, and memory.