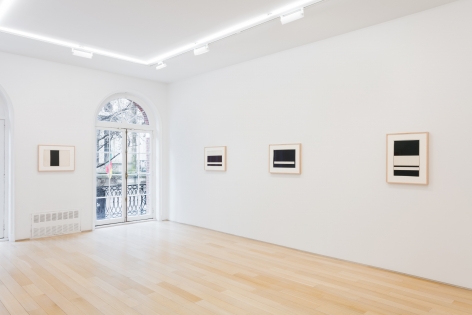 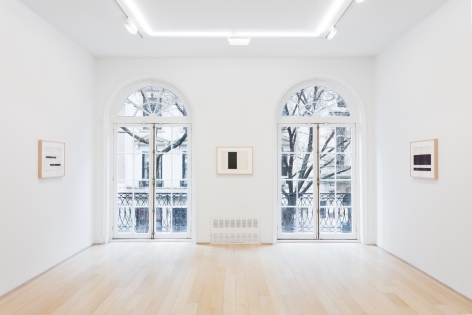 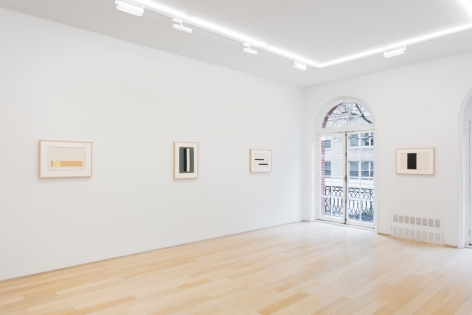 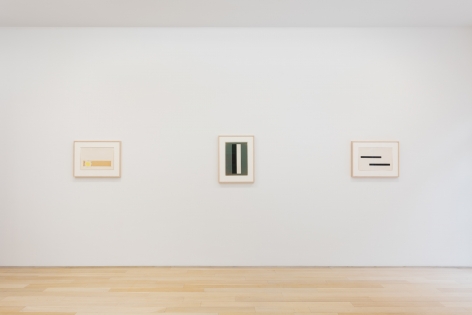 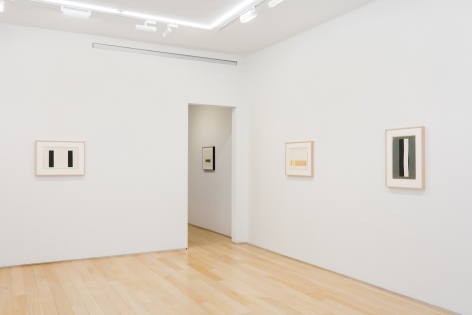 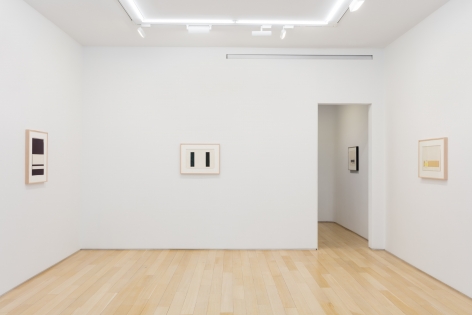 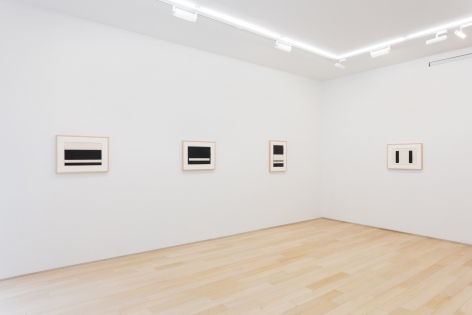 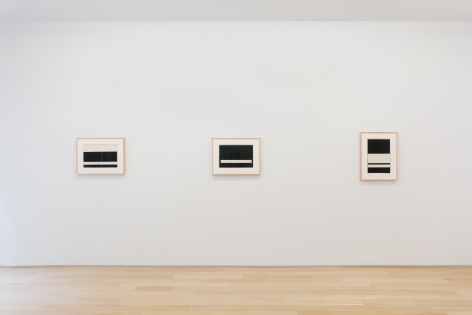 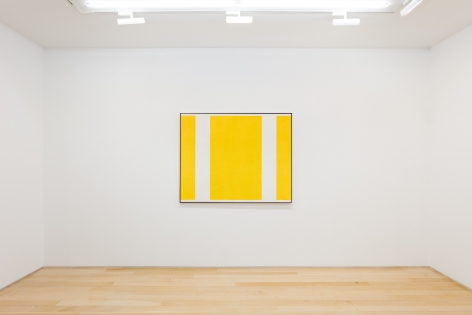 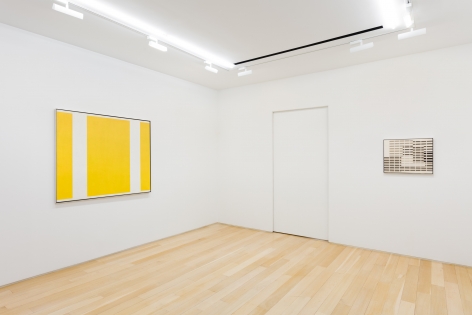 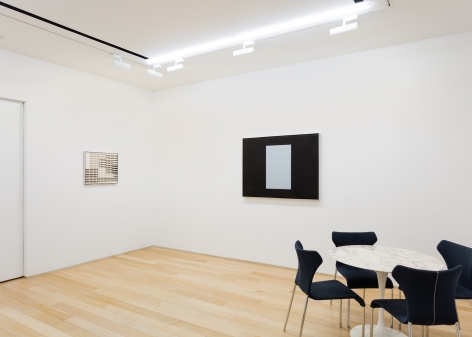 Van Doren Waxter is pleased to announce John McLaughlin: Constructions, on view at the gallery’s 23 East 73rd location from March 28 through May 11, 2018.

The exhibition focuses on eight works on paper executed in 1973 that have never been shown before and as art historian and critic Phyllis Tuchman writes in a new scholarly essay prepared exclusively for the show, “are revelatory about a direction McLaughlin’s art might have been taking.” Numbered consecutively and made of construction paper and Scotch tape, the collages, or what McLaughlin termed ‘constructions,’ resemble compositions that closely hewed to his paintings. This is the fourth exhibition of works by the artist the gallery has mounted since 2010 and will be accompanied by a fully illustrated catalogue.

“Because McLaughlin emphasized the abstract nature of his art, it may be heretical to propose that something else could be taking place,” writes Tuchman. “That they were executed late in his career, perhaps at a time when the artist was addressing new concerns, cannot be overlooked.”

McLaughlin made ‘constructions’ to determine the spacing and interaction of forms and to assign colors in advance of making paintings or prints in a different, and often larger scale. The artist’s choice of colors is specific: predominantly white and black with the exception of yellow and green in two of the eight collages, leading Tuchman to suggest “that such black and white forms exist in a landscape setting,” thus opening a new channel of discourse on the artist’s methodology which was integral to everything he made. She also asserts in her essay that “commentators have overlooked how McLaughlin appropriated the geometrically shaped elements” that make each Japanese scroll painting dating from the 15th century unique.

In his constructions, the use of black and white unmasks the question of what is foreground or background, light or absence of light, compression or expansion. The artist considers the possibilities of what constituted a successful composition by cutting and arranging squares and strips of paper adhered with miniature pieces of tape. One sees his preoccupation with the vertical and the horizontal as may relate to body (unrightness) or landscape (division of horizontal space).

To date, the gallery has presented exhibitions in 2010, 2013, and 2016 devoted to McLaughlin’s paintings as a seminal figure in West Coast abstraction in post WW II California. His work evolves from his deep interest and knowledge of Sesshu Toyo, a 15th Century Japanese artist and Zen monk, whose approach to ink painting introduced the concept of “emptiness” or the “marvelous void” into Japanese painting. Sesshu was deeply influential to McLaughlin in determining the use of rectilinear space as a “neutral structure” in his own hard-edge paintings. In 2015, the gallery presented Marvelous Void, the first exhibition to feature a selection of McLaughlin’s geometric abstractions alongside two early Japanese ink paintings that exemplify Sesshu’s concept.

Special talk
Art historian and critic Phyllis Tuchman will speak about this rare group of collages on Saturday, April 28 at 3:00 p.m. at the gallery’s uptown location, 23 East 73rd Street. The talk is part of the Madison Avenue Gallery Walk presented by Artnews and is free and open to the public. For more information and to RSVP, visit Artnews or email information@madisonavebid.org.

About the artist
John McLaughlin was an American abstract painter born in Sharon, MA in 1898 and died in Dana Point, CA in 1976. In 1935, McLaughlin and his wife Florence Emerson (descendant of Ralph Waldo Emerson) moved to Japan where they lived for three years. Upon their return in 1938, McLaughlin established a business dealing Japanese prints. It was around this time that he decided to start painting, which was brought to a halt just a few years later with the start of the War. Fluent in Japanese, McLaughlin was recruited as a translator by the Army during WWII. After the war, McLaughlin settled in Dana Point, California, where he started painting full time in 1946. Entirely self-taught, the artist continued to paint, with considerable success in his later career, until his death in 1976. He was the subject of a major retrospective at the Los Angeles County Museum of Art (November 13, 2016-April 16, 2017).